Reprinted from the NY Times:
How a Tunnel Would Help New Jersey Home Values 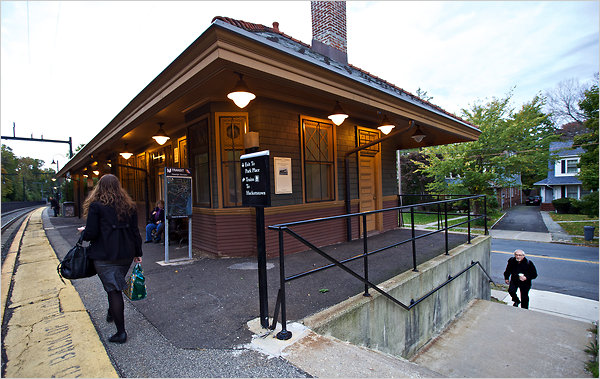 If a third rail tunnel was built under the Hudson, homes close to a rail station offering direct service to Manhattan, like this one at Watchung Avenue in Montclair, would be likely to rise in value.

By ANTOINETTE MARTIN
WHAT is the real estate value of a one-seat train ride to Manhattan from a station close to ones home in New Jersey? Leave it to statisticians to come up with a figure.

€œIt has to be a lot, said Perri K. Feldman of Keller Williams Realty, who has built a client base in towns along a section of the New Jersey Transit Midtown Direct line running from Morristown to South Orange. €œIts the first question so many people ask about a house: €˜How close is it to the train? Can I walk to the station?

Now, the extra value that comes with proximity to a station with direct service to Manhattan €” no transfer required €” has been quantified: $19,000, on average, for homes within two miles of a station; $29,000 for houses within half a mile.
Home values would increase by those amounts in neighborhoods surrounding 10 New Jersey Transit lines and 2 Metro-North Railroad lines if a third rail tunnel under the Hudson River was ever built, according to a study by the independent Regional Plan Association.
For the full NY Times article