Millburn Township, with a population just over 20,000, is located in the southwest corner of Essex County and covers about ten square miles. It is 20 miles west of New York City thus commuters are less than 45 minutes away from Midtown and Wall Street. The southern border, adjacent to Summit and Springfield, is partially defined by Morris Turnpike, also called New Jersey Route 124. Maplewood lies to the east of Millburn; West Orange and Livingston lie to the north; and Florham Park and Chatham to the west.

About half of Essex County’s 2,000-acre South Mountain Reservation lies within the Township. Other open spaces include three municipal parks, three golf courses, two water reserves, a reservoir and small parcels of undeveloped land. The Township is primarily a residential suburb, and many of its residents commute to work in New York City. Most live in single family houses. The Township has approximately 6,100 residential properties, 20 apartment buildings, more than 200 commercial buildings, and 32 industrial buildings.

The township was named “Millburn” in 1857, as a tribute to a local mill built on a stream, with “burn” being the Scottish name for “stream.” Shortly after 1870, Stewart Hartshorn, inventor of the roller window shade, decided to make his home here and to enter the real estate business to establish an “ideal community.” He purchased and resold much of the “short hills” area and adopted the Indians’ name for his community. Today, Short Hills remains an area of Millburn Township.

Millburn Township has two major areas. On the east and south is Millburn, with its suburban residential sections as well as Millburn Center. To the north and west lies Short Hills with its own post office and railroad station, but an integral part of the Township and one of the finest residential areas in the nation.

Millburn Township is a full-service community where most residents live in single family homes. Millburn is comprised of the historic Wyoming district, and South Mountain and Millburn Center areas.

Wyoming is an older section on the southeast of town. It includes many houses dating from the end of the 19th century. The streets, laid out in a grid pattern, are steep, narrow and high-crowned.  The lots are zoned for one-third of an acre. The Victorian, Tudor, Colonial and historic farm houses are surrounded by mature trees and shrubs.

South Mountain is a flat area bounded by the east and west branches of the Rahway River and lies just behind beautiful Taylor Park in the center of town. Seventy-five year old Tudor homes and English Colonials can be found among its winding tree-lined streets.

Millburn Center contains most of Millburn Township’s commercial properties, with the exception of those located at The Mall at Short Hills. It also contains a residential section of older houses, some two-family dwellings, garden apartments, and several apartment houses.

Glenwood was also built in the late 1920’s, but this area of town is flat and has mainly center hall Colonials.  Its close proximity to the Short Hills train station makes it convenient for commuters.

Old Short Hills is the largest residential area in Millburn Township.  It contains many large homes, including Queen Anne Victorian mansions, on substantial properties. A number of older houses, including those built by Stewart Hartshorn, founder of Short Hills, are located in this section.  The tree-lined streets wind their way through this Federal Historic Landmark area.  There are smaller sub-sections that include Nottingham, The Beechcrofts, North and South Ponds as well as others.

The Hartshorn area includes the Country Club, White Oak Ridge and Poet’s sections, many that were developed in the 1950’s.  Its variety of homes on approximately one-third of an acre lots are found on wide gently sloping streets with well manicured lawns and hedges.

Some newer areas of Short Hills (post 1940’s) are found surrounding Deerfield School that includes the Fairfield and Mountaintop sections. These mostly half acre lots are filled with homes with more modern characteristics of the 20th Century.

The Township of Millburn provides all the services usually found in any well-managed suburban municipality of its size. These include full-time paid police and fire departments, a Township-operated refuse collection service, a sanitary sewer system, a separate storm sewer system, and a health department. The recreation department has an active program including a swimming pool and a par 3 golf course. Additional public works department services include shade trees, the maintenance and repair of streets and public buildings, building inspection and zoning enforcement. The Township also maintains an out-standing free public library service.

The Mall at Short Hills, located in the northwest corner of the Township, is an unusually beautiful regional shopping center housing more than 170 fine shops, restaurants and department stores including branches of Bloomingdale’s, Saks Fifth Avenue, Neiman Marcus, Nordstrom and Macy’s. More than 1000 businesses and professionals are located in the Township.

The community is also home to a $50 million Five Diamond Hotel and Office complex opposite the Mall. The 240,000 square foot office complex with a 300-room Hilton Hotel  with conference and banquet facilities opened in 1988.

Millburn has two weekly newspapers: The Independent Press, distributed free, and The Item.

NJ Transit provides easy access to New York City–both mid-town and lower Manhattan–as well as to businesses in Hoboken, Newark and Jersey City. Commuter parking lots are available for residents. The annual permit is $360. Trains stop in both Millburn and Short Hills. In addition, Millburn-Short Hills is a quick 15 to 20 minutes from Newark Airport and is close to major highways.

The Millburn Township School District consists of seven schools, all known for their challenging curriculum and academic excellence. Millburn High School, a national Blue Ribbon School, was top ranked in New Jersey Monthly Magazine’s  lists of the state’s public high schools, and since 2007 has been on the U.S. News and World Report’s annual list of the top high schools in the nation and named again by Newsweek in 2012 . Millburn Middle School (grades 6-8), has been named a Benchmark School of Excellence, based on its high student achievement on state assessments.

Millburn High School offers a full program of studies featuring eighteen Advanced Placement courses and a wide range of academic electives. Approximately 80 percent of parents are college graduates with one or more degrees and, for the past ten years, over 95 percent of each high school graduation class have attended post secondary institutions.

Founded in 1934, Paper Mill Playhouse, located on Brookside Drive in Millburn, is a professional Equity theatre seating 1,200 and attracts approximately 425,000 theatre-goers each season. Paper Mill offers a full range of cultural events including musicals, plays, and children’s programs along with New Jersey Ballet’s Nutcracker during the holiday season. Paper Mill is proud to be one of the few theatres in the country to be fully accessible to people with disabilities, serving over 4,000 people annually. Group, Senior, and student discounts are available.

The Cora Hartshorn Arboretum and Bird Sanctuary, located on Forest Drive in Short Hills, was created from undeveloped woodlands by its former owners, the Hartshorns. It is now owned and maintained by the Township, but operated by the Arboretum Association. Within its 16 acres are hundreds of varieties of birds, wild flowers and trees. The Arboretum sponsors classes, lectures, workshops and field trips in nature study and crafts.

The Millburn-Short Hills Historical Society was formed in 1975 in conjunction with the celebration of the United States Bicentennial to stimulate interest in the history, architecture and genealogy of the Township.

The Metropolitan Orchestra of New Jersey recently made their home in Millburn-Short Hills. Their four annual concerts have played to huge crowds since they moved to town. 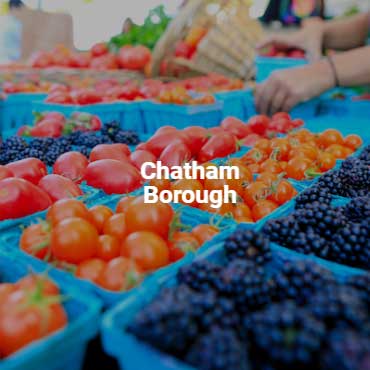 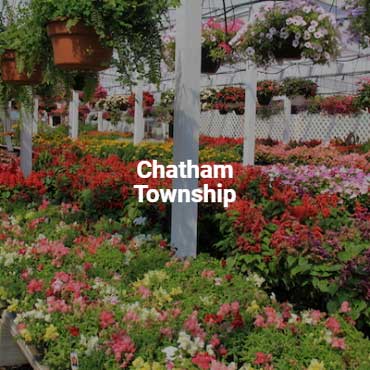 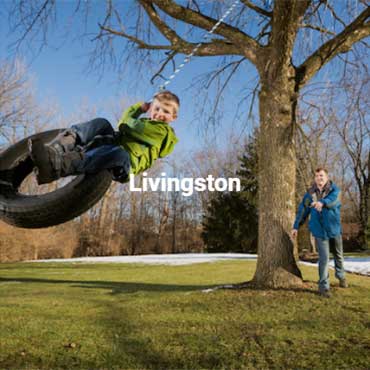 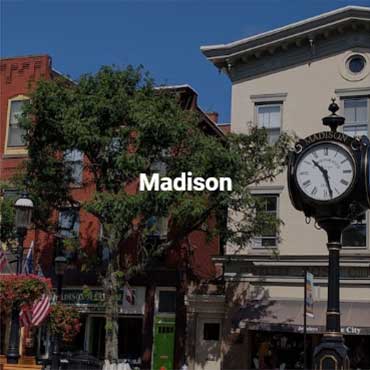 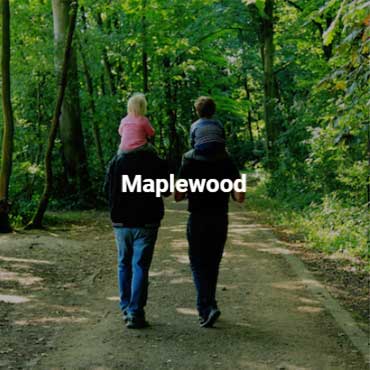 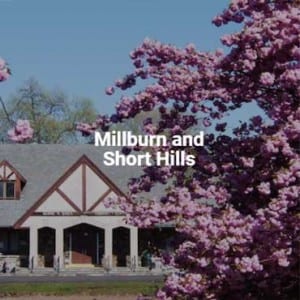 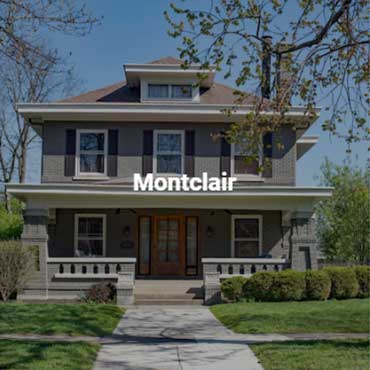 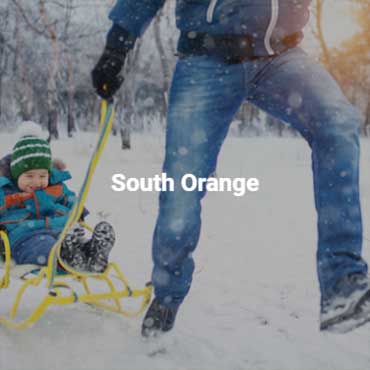 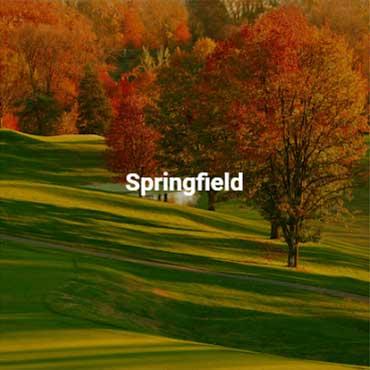 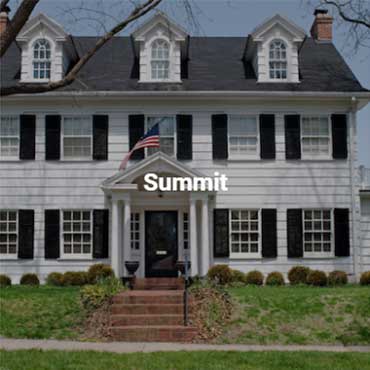 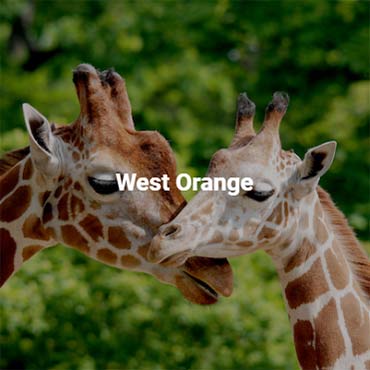 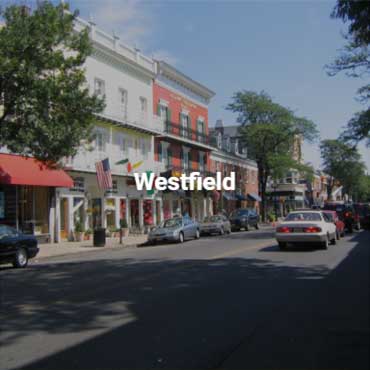